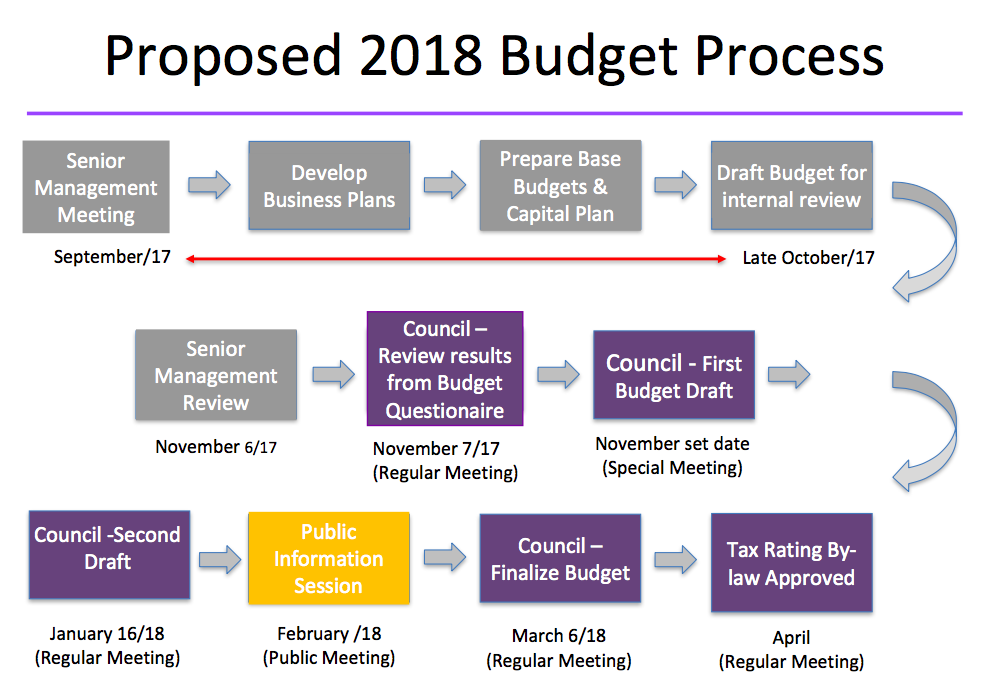 Specifically I’m thinking about five things:
1. Roads
Public Works is the single largest cost department in the budget every year. Zorra has a lot of roads and a low population density which makes it very costly per kilometre to maintain roads. However, they are one of the things residents use most, and they need attention.  Residents have observed this, Public Works has observed this, and I’d like to see this better reflected in the long term Capital Asset Management Plan.  Public Works has some new recommendations for the Capital Budget based on the 2017 Roads Condition Study.

2. Embro and Harrington Environmental Assessments
The Environmental Assessments, almost completed, but not yet decided on by UTRCA (where I sit as a member of the Board of Directors appointed by Zorra) of the Embro Pond and Harrington Pond represent a large cost liability for Zorra regardless of which alternative is selected.  As Zorra is the only “benefiting Municipality” for both structures (as neither is a flood control structure) any costs will be paid by Zorra.  Whether it is to remove the dam(s), or replace them, or keep them, there will be large amounts of capital and/or operating money required.

3. Debt
Given Zorra’s current high debt, the need for an improved maintenance plan for roads, and anticipated heavy capital spending on the Public Works Yard and the Embro and Harrington Ponds in the next 5 to 10 years, I would like to see a significant increase in transfers to the Capital Asset Management Plan Reserve.  If we don’t begin building up money in that reserve then even if we begin reducing debt the Township could continually be going back into debt for capital projects.  That could mean there would be no debt room for a “rainy day” or unexpected grant opportunity (that might require matching funds).

4. Ontario Municipal Partnership Fund cuts
Over the last few years the Province has cut OMPF funding to Zorra by one million dollars in total.  I believe we can anticipate another cut this year.  This increasingly means the Township must rely on taxation to pay for our capital and operations. This is wrong. Municipalities own two thirds of Ontario infrastructure but only get a total of 9 cents of every tax dollar (the other 91 cents go to the Provincial and Federal Governments).
However, this is our reality: increasingly, we have to pay our own way.

5. When Council debates and weighs options, and prioritizes items in the Budget it sets the tax rate.  This term of Council adopted a 5 year Capital Budget Plan in an attempt to get better control over long term spending.  There needs to be a strong expectation from Council that those items will be completed in the year that they are planned, budgeted, and taxed for.  And an equally strong expectation that Council will be responsible and accountable for the plan.  It’s a work in progress, but I believe that combined with the Strategic Plan, the 5 Year Capital Budget Plan will bring more predictability to spending needs, and that should lead to better control of spending, and therefore taxation.

All this will mean a careful eye on other items in the budget if the tax rate is not to be significantly affected.
I am expecting there will be some hard choices.

The Recreation, Arts, and Culture Master Plan is not expected to be complete until after the 2018 Budget is complete, so I expect that any major budget decisions as a result of recommendations from that Study will be dealt with by the next term of Council in the 2019 Budget…